The Big Bang Theory, which has held the title of television’s most popular comedy for several years now, and will return for its 11th season on Monday, September 25th. In the meantime, geek out with these facts about the long-running cerebral comedy on the 10th anniversary of its premiere.

1. THE SHOW WASN’T PITCHED IN A TRADITIONAL WAY.

Instead of writing up a premise—which includes outlines of the characters and the long-term vision for the show—and pitching it to CBS, co-creators Chuck Lorre and Bill Prady revealed at PaleyFest in 2009 that for their pitch, they wrote a complete script, hired actors, and, as Lorre explained, “put on a show” for CBS president Les Moonves. Lorre found the experience to be “crazy,” but it obviously worked.

2. IT TOOK TWO PILOTS FOR THE SHOW TO GET PICKED UP TO SERIES.

The show filmed two different pilots, because CBS didn’t like the first one but felt the show had potential. The first pilot began with a different theme song and featured Sheldon, Leonard, and two female characters, including a different actress playing what would become the Penny role. Chuck Lorre thought the initial pilot “sucked” but is open to having the unaired pilot included as part of a DVD.

3. JIM PARSONS THOUGHT HE WAS AUDITIONING FOR A GAME SHOW.

When Jim Parsons’s agent called and said Chuck Lorre wanted him to audition for a pilot, Parsons misunderstood. “I did not know Chuck Lorre at the time,” Parsons told David Letterman in 2014. “I thought he was talking about Chuck Woolery. I thought, why are they so excited about it? We should see what the man has to offer before we’re like, ‘It’s a new Chuck Woolery pilot!'”

4. ED ROBERTSON OF THE BARENAKED LADIES HESITATED TO WRITE THE THEME SONG.

As the story goes, Lorre and Prady went to a Barenaked Ladies concert and were impressed that lead singer Ed Robertson sang a song on cosmological theory, so they tapped him to write the series’ theme song, called “The History of Everything.” In 2013, Robertson told CBS News that he’d previously written some songs for TV and films only to have his work rejected, so he was initially reluctant to take on the project.

“I was like, look, how many other people have you asked to write this? I’m at my cottage, I got a couple of weeks off right now and if you’ve asked Counting Crows and Jack Johnson and all these other people to write it, then I kinda don’t want to waste my time on it,” Robertson told them. Lorre and Prady told Robertson he was their only choice, so Robertson agreed to come on board. The first version was 32 seconds long but Robertson had to trim it down to 15 seconds. The original version was also acoustic, which Lorre loved, but Robertson insisted that his bandmates be on the track, and Lorre loved that one even more. 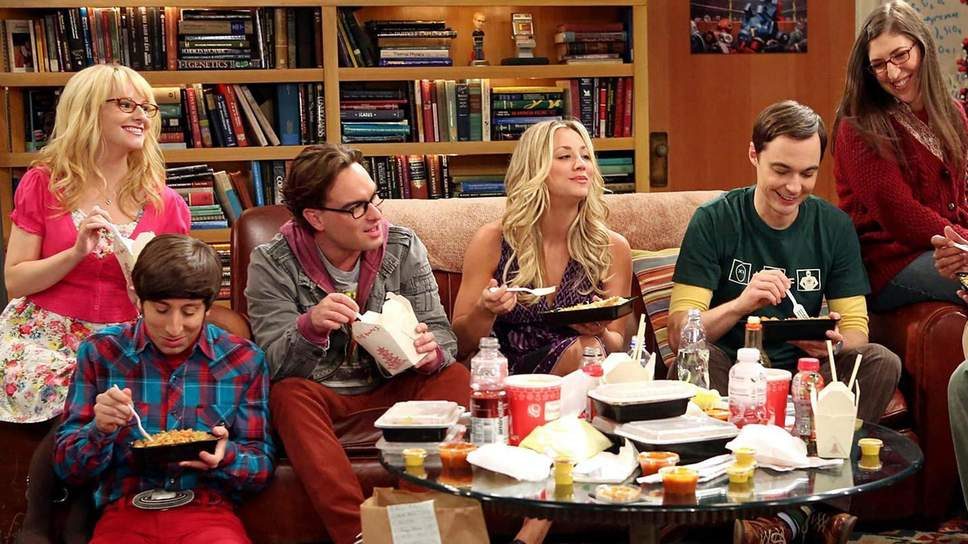 Because of Sheldon’s anti-social nature, viewers have often assumed that Sheldon has Asperger’s syndrome. But Prady has stated that, “We write the character as the character. A lot of people see various things in him and make the connections. Our feeling is that Sheldon’s mother never got a diagnosis, so we don’t have one.”

Parsons himself isn’t totally sure, though. “Asperger’s came up as a question within the first few episodes. I got asked about it by a reporter, and I had heard of it, but I didn’t know what it was, specifically,” he told Adweek in 2014. “So I asked the writers—I said, ‘They’re asking me if Sheldon has Asperger’s’ and they were like, ‘No.’ And I said, ‘OK.’ And I went back and I said, ‘No.’ And then I read some about it and I went, OK, well, if the writers say he doesn’t, then he doesn’t, but he certainly shares some qualities with those who do. I like the way it’s handled … This is who this person is; he’s just another human.”

6. KUNAL NAYYAR GOT HIRED BECAUSE HE WAS “CHARMING.”

In reminiscing about the early days, Prady explained to Buzzy Mag how Raj came to be: “When we were casting for that part, we were casting for an international member of the ensemble, [because] if you go into the science department at a university, it’s not [just] Americans,” Prady said. “It’s one of the most international kinds of communities. So we saw foreign-born people. And so we saw people who were Korean and Korean-American and Latino. And then Kunal came in and it was like Jim [Parsons]—it was just Person Number Eight on a day of Twenty-Seven people, and he was charming.”

7. AMY FARRAH FOWLER WAS MADE A NEUROSCIENTIST ON PURPOSE.

Mayim Bialik, who in real life has a PhD in neuroscience, told Variety how Amy Farrah Fowler’s profession came to be. “They didn’t have a profession for my character when I came on in the finale of season three,” she says. “In season four, Bill Prady said they’d make her what I am so I could fix things (in the script) if they were wrong. It’s neat to know what things mean. But most of the time, I don’t have to use it.” 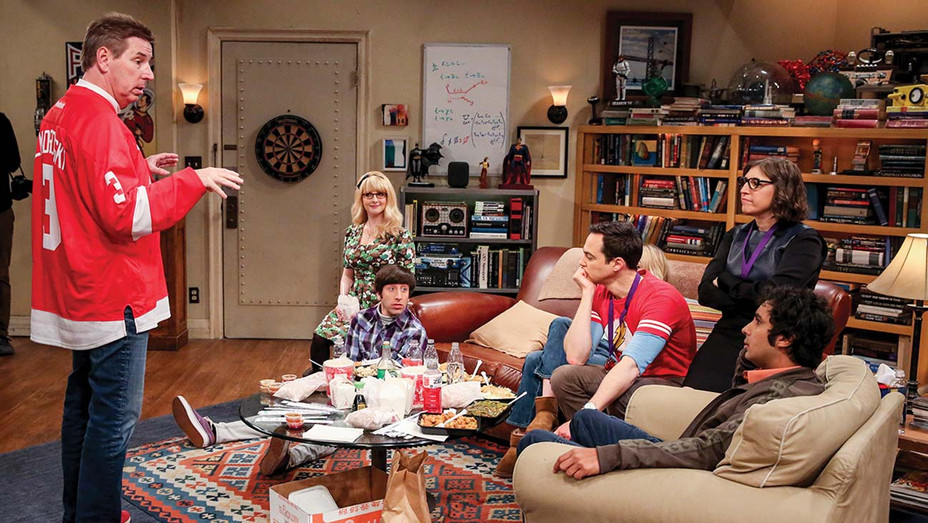 8. ASTROPARTICLE PHYSICIST/SCIENCE CONSULTANT DAVID SALTZBERG ONCE GOT A JOKE ON THE AIR.

The Big Bang Theory has had David Saltzberg on retainer since the beginning of the series. Every week he attends the tapings and offers up corrections and ensures the white boards used in the scenes are accurate. During episode nine of the first season, Saltzberg wrote a joke for Sheldon, who has a fight with another scientist. Penny asks Sheldon about the misunderstanding and Sheldon replies, “A little misunderstanding? Galileo and the Pope had a little misunderstanding!”

Even though Saltzberg teaches at UCLA and publishes papers, he thinks his work on The Big Bang Theory is more impactful. “This has a lot more impact than anything I will ever do,” he told NPR. “It’s hard to fathom, when you think about 20 million viewers on the first showing—and that doesn’t include other countries and reruns. I’m happy if a paper I write gets read by a dozen people.”

Wil Wheaton, who plays a “delightfully evil version” of himself on the show, tweeted about The Big Bang Theory. Wheaton told Larry King, “I was talking on Twitter about how much I loved the show and how I thought it was really funny.” Executive producer Steven Molaro—who will be taking on the same role in the Young Sheldon prequel, which also premieres Monday night—saw the tweet and told Wheaton to let him know if he wanted to come to a taping. A few days later Wheaton received an email from Bill Prady’s assistant about appearing on the show. “I just thought the email was a joke from one of my friends, so I just ignored it,” Wheaton said.

When Wheaton realized that the email was legit he phoned up Prady, who explained they wanted a nemesis for Sheldon. “It’s always more fun to be the villain,” Wheaton said. Even though the character has evolved into Sheldon’s ally, Wheaton said, “I still call him Evil Wil Wheaton.”

10. CHUCK LORRE THOUGHT THE SHOW AIRING AT 8 P.M. WAS THE BEGINNING OF THE END.

The show aired a handful of episodes in the fall of 2007, but a Writers Guild strike halted production until the following year. When the show returned in March, it had an earlier time slot. During a 2009 Comic-Con panel with the show’s cast and producers, the moderator asked Lorre about how CBS once again changed the time slot, this time from Mondays at 8 p.m. to Mondays at 9:30 p.m. “You guys followed us when they put us on at 8 and that is what kept us alive,” Lorre replied. “We did eight shows before the strike took us out in our first season. When the strike was over, CBS put us on at 8 p.m. and we thought that might be the end of it. You followed us and kept us alive and that was when we got the two-year pickup when we did well at 8.” The show eventually returned to the Mondays at 8 p.m. slot. 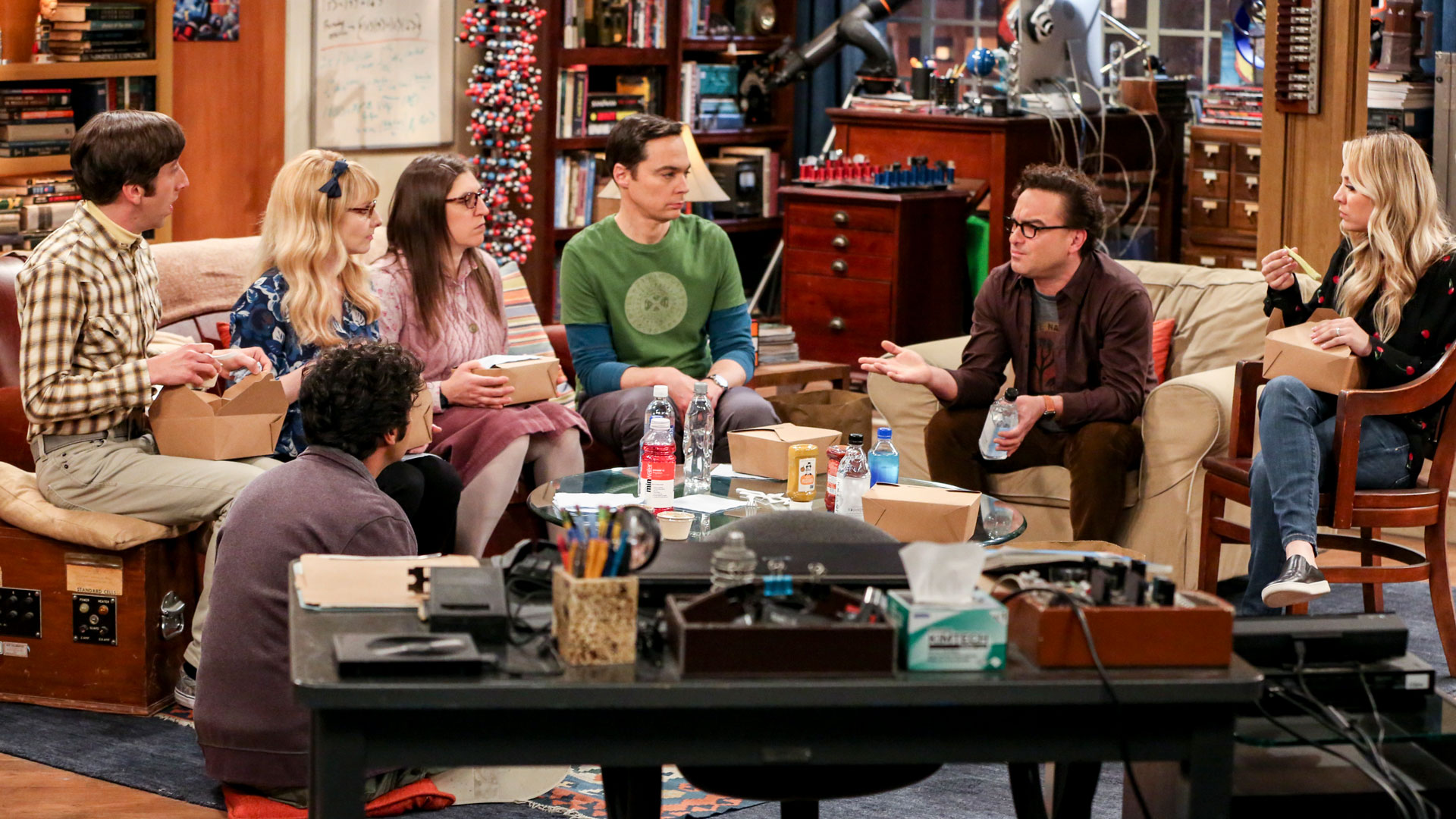 11. PARSONS ATTRIBUTES THE SHOW’S SUCCESS TO ITS LACK OF CHARACTER ARCS.

In a 2014 interview with New York Magazine, Parsons gave his theory (if you will) on why The Big Bang Theory attracts more than 20 million viewers per week—a number unheard of since the Friends-era sitcom reign. “There’s not anything to keep up with,” he said. “You don’t go, ‘I didn’t see the first three seasons, and now they’re off with prostitutes, and they no longer work in the Mafia, and I don’t understand what happened.’ People have so many choices on TV now, so no one’s asking for you to marry us. You can enjoy our show without a weekly appointment.”

12. A NEW GENUS OF JELLYFISH IS NAMED BAZINGA.

In 2011, a photographer spotted the unnamed grape-sized rhizostome in Australia’s Brunswick River, snapped a photo of it, and sent the photo to marine biologist Lisa-ann Gershwin. In 2013, she named the jellyfish and published a paper on it for the Queensland Museum. In her findings she called it “a new genus and species of the rhizostome jellyfish, which cannot be placed in any known family or suborder.” She told The Huffington Post that it’s the first time in more than 100 years that a new sub-order of jellyfish had been discovered. For now, it’s the only member of the genus Bazinga, the family Bazingidae, and the sub-order Ptychophorae. Sheldon’s catchphrase also inspired the naming of a new bee species in 2013.

13. THE CAST MEMBERS ARE SOME OF THE WORLD’S HIGHEST PAID TV ACTORS.

In August 2017, Variety released a list of television’s highest paid actors, and the main cast members of The Big Bang Theory—Kaley Cuoco, Johnny Galecki, Jim Parsons, Simon Helberg, and Kunal Nayyar—came out on top for comedy, earning an average of $900,000 per episode.